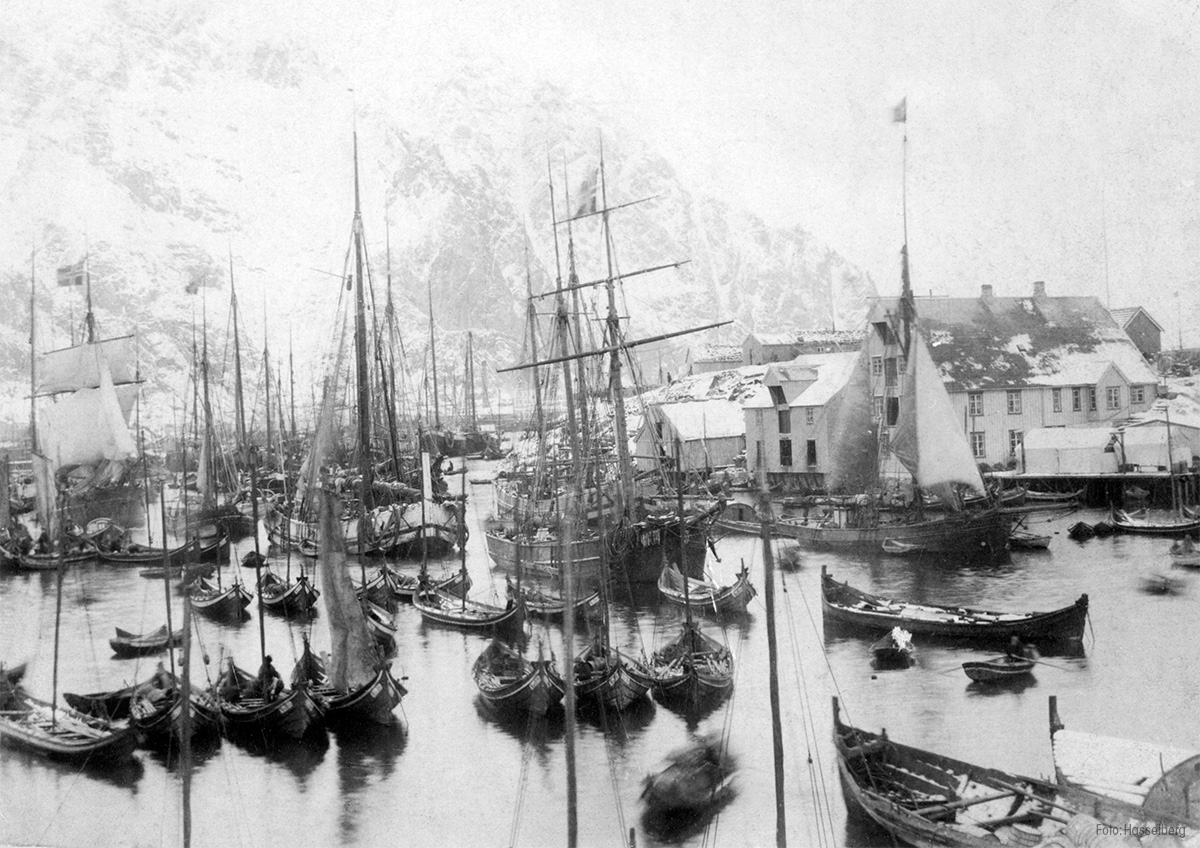 In the 1100's, King Øystein Magnusson built so-called rorbu cabins and a church for the fishermen of Vågan.

This tells us that even a thousand years ago, the Lofoten Fishery was of considerable importance, and that the rorbu cabins were a well-established form of accommodation.

The great boom in the Lofoten Fishery after 1780 resulted in an Act of Parliament in 1816, allowing the government to sell the land on which the fishing villages were built. As a result of this, the rorbu cabins were quickly purchased by landlords and merchants. Before the Act was passed, the fishermen themselves often owned the cabins they lived in. Gradually, many new rorbu cabins were built to meet the demand from the many visiting fishermen that came during the season.

The cabins were very crowded, and often two or three men would sleep head to feet in the same bed. Up until the mid 1850's, candles were the only lighting in use, together with the flames from the open fire. The «finer» cabins had a window in the form of a hole in the wall with a skin made from the stomach of a halibut stretched across it. Stoves and glass window panes did not appear until the late 1800's. In 1896, as many as 2671 rorbu cabins were registered in Lofoten.

Even today, some of the visiting fishermen still stay in rorbu cabins, but now most of them stay on board their boats. What were once lodgings for the fishermen during the arduous months of winter have now become overnight accommodations for tourists. In many of the cabins, however, the interior fittings from the turn of the century have still been preserved.