Henningsvær is the most famous fishing village in Lofoten and is also referred to as the "Venice of the North."

In winter it is at the centre of the world's greatest cod fishery. During the Lofoten Cod Fishery, the harbour is a veritable hive of activity. The original environment has been preserved in Henningsvær, with all its elegant quayside buildings and sway-backed rorbu cabins standing shoulder to shoulder on the sea front.

Henningsvær is a haven for the imagination, a place for spiritual tranquillity and pure enjoyment of the wonders of nature. Hennigsvær's main street is its famous harbour. Behind the quayside buildings we find a colourful mix of homes, shops, workshops, cafes, hotels and a school. Round about the village, the prominent fish racks dominate the scene - the fish is hung out to dry on them, and they are often referred to as Lofoten's "cathedrals."

Grunnskallen reef and the Henningsvær- straumen have for centuries been among the best fishing grounds in Lofoten. Every year, the North Atlantic cod congregate here to spawn. Henningsvær is only a 15-30 minute boat ride from these fishing grounds, a fact that makes it the best choice for anglers from all over the world.

Henningsvær Rorbuer consists of several rorbu cabins, quayside buildings and former warehouses. In the old days there were rorbu cabins, a general store, baiter's sheds, a salting factory, a klipfish drying plant, a cod-liver oil factory and a fish landing station here. Many a fisherman has lived and worked in Henningsvær and these are traditions we wish to maintain and build upon!

Read more about the fishermen's cabins in Lofoten and Vesterålen. 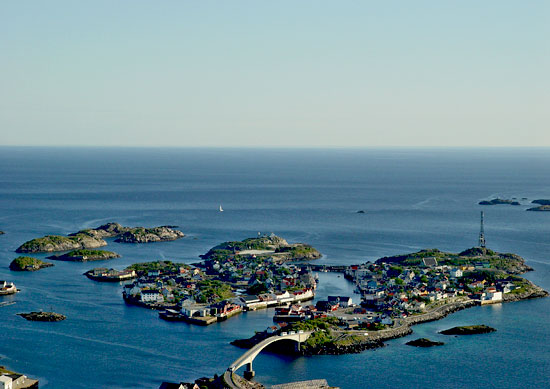 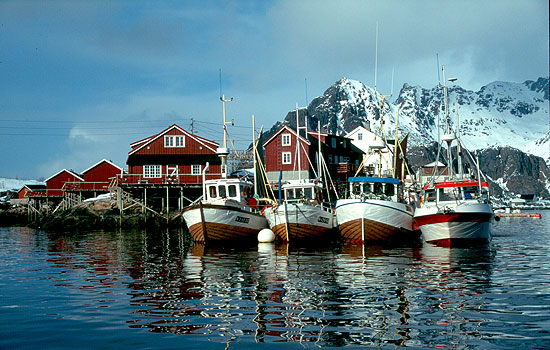 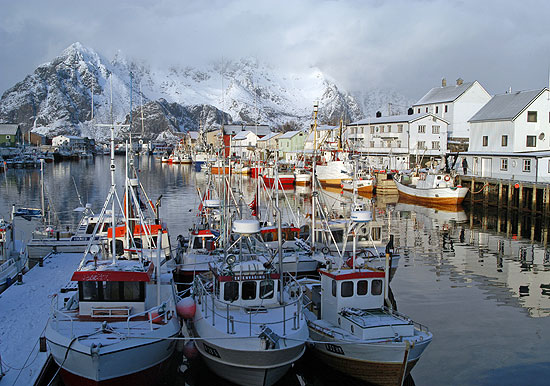